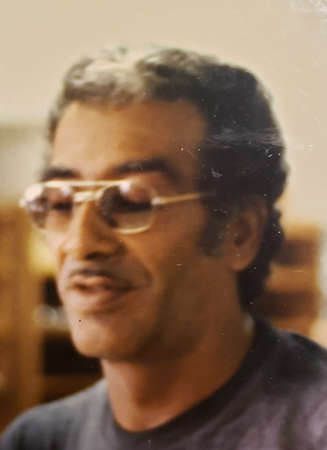 Walter Lacy, – aged 77, passed away on Tuesday, April 30, 2019 at his home in Marrero, LA. Mr. Lacy was born in Centreville, MS, and lived in Huntsville, AL for many years until the death of his wife Inez. In Huntsville, he was a member of First Church of God in Christ under the leadership of Superintendent Curtis E. Banks. He is survived by his son, Joseph Lacy (Anita); three brothers, George Lee (Ethel), Ed Jones (Oralee) and Sam Lacy (Elane); one sister, Mable Doss; and a host of other relatives and friends. He is preceded in death by his wife, Inez Lacy; his mother, Winnie Lacy; four sisters, Alberta Cole, Elmira Jefferson, Celia Russ and Myrtle Mars; and four brothers-in-law, Jesse Cole, Leroy Jefferson, Dave Doss, Johnnie Russ and Johnny Mars. Funeral services will be held on Saturday, May 11, 2019 at 8:30AM at Bountiful Harvest Full Gospel Church, 4216 North Derbigny St, New Orleans, LA.

Visitation will be held from 7:30AM until the hour of service.